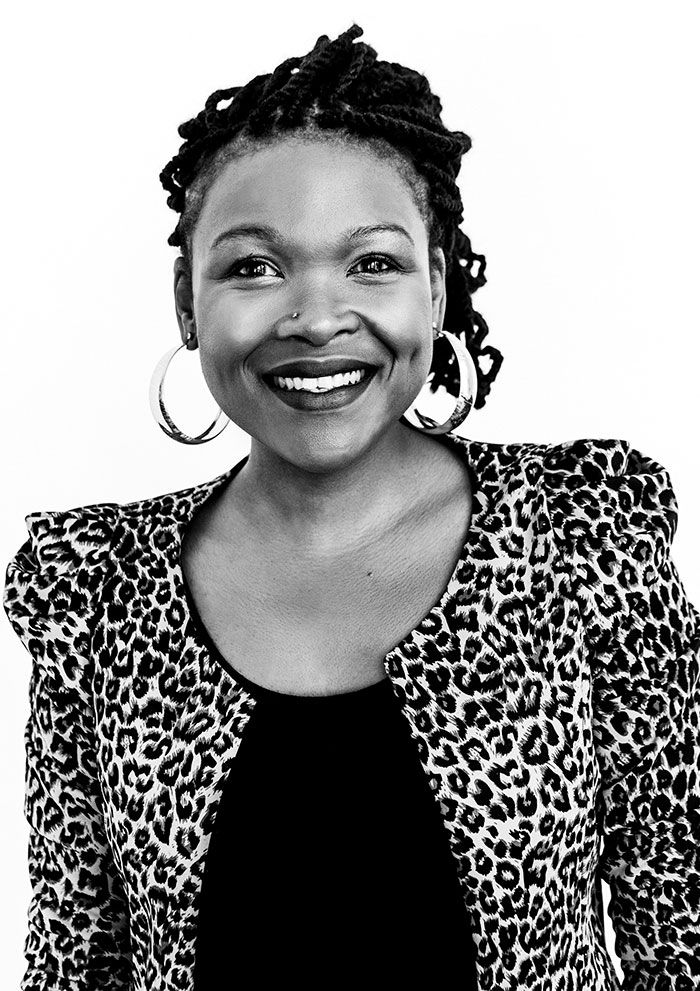 The Award is presented each year by the Market Theatre Foundation to a leading young creative who excels in their career. The recipient of the Award receives the invaluable opportunity to present a work on one of the stages at the Market Theatre. This year’s announcement coincided with the 41st anniversary of the founding of the Market Theatre.

“There is a beautiful symbolism in announcing this year’s Emerging Voice Award winner on the same day when the Market Theatre was founded 41 years ago. It affirms our commitment to the vision and ethos of this iconic theatre that has a long legacy of investing and incubating the next generation of storytellers” said James Ngcobo, the Market Theatre’s Artistic Director.

Present at the awards reception last night was the founder of the Market Theatre, Mannie Mannim.

For the past three years, the Sophie Mgcina Emerging Voice Award was presented to the winner at the annual Naledi Theatre Awards.

“We are grateful to Dawn Lindberg and to the Naledi Theatre Awards for hosting us in our inaugural years. Whilst we wish to retain our relationship with the Naledi Theatre Awards in different ways we believe that it is time to present the Sophie Mgcina Emerging Voice Award at the Market Theatre where Sophie Mgcina’s career was so interwoven”, said Ismail Mahomed, CEO of the Market Theatre Foundation.

Sophie Mgcina’s greatest achievement remains The Long Journey of Poppie Nongena, the play adapted from Elsa Joubert’s famed book Die Swerfjare van Poppie Nongena. The play became an instant hit when it premiered at the Market Theatre in 1980. It was re-staged in New York that same year and then again at the Edinburgh Festival in 1983, followed by a world tour in 1984. In New York, Sophie Mgcina was given an Obie Award for best achievement, and was nominated for the Laurence Olivier Award for best supporting actress.

“While Sophie Mgcina was a formidable actress it is her role as an educationalist who was passionate about identifying and emerging voices that the Market Theatre Foundation wishes to memorialize through this Award. We honour and recognize her enormous contribution that created opportunities for young artists whom she taught at the academy of the Federated Union of Black Artists (FUBA) in the eighties”, added Mahomed.

Previous winners of the Sophie Mgcina Emerging Voice Award are choreographer and dancer Lulu Mhlangeni (2014), writer and director Khayelihle Dom Gumede (2015) and Sonia Radebe (2016). Since winning the award all three have gone on to winning other accolades. Sonia Radebe is this year’s Standard Bank Young Artist Award winner.

Lesedi Job joins their ranks after making a significant impact for her successful work at the Market Theatre. Earlier this year, she directed the world premiere of Mike van Graan’s When Swallows Cry, playing to sold out shows, glowing accolades and standing ovations at every performance.

Last month, she directed Brett Goldin Award winner Omphile Molusi’s ten year running play, Itsoseng, by re-imaging the solo work as an ensemble piece. During April, she was invited to participate at the Crossing Cultures & Continents conference in the USA to discuss and perform an extract from Lorraine Hansberry’s A Raisin in the Sun.

In 1986, Lesedi performed in James Ngcobo’s production of A Raisin in the Sun at the Market Theatre. Her other roles include performing in Fisher’s of Hope at the Baxter Theatre, Ketekang at the Market Theatre and Curl Up & Dye at the Auto & General Theatre. Later this year, she will perform alongside Fiona Ramsay in If We Dig to be directed by Megan Wilson.

“Apart from her remarkable acting and directing talents, Lesedi Job is also a young and dynamic thought-leader. She epitomizes both the pioneering spirit of Sophie Mgcina and her determination to create visibility for the artists with whom she works by driving them to produce nothing short of success”, concluded Mahomed.