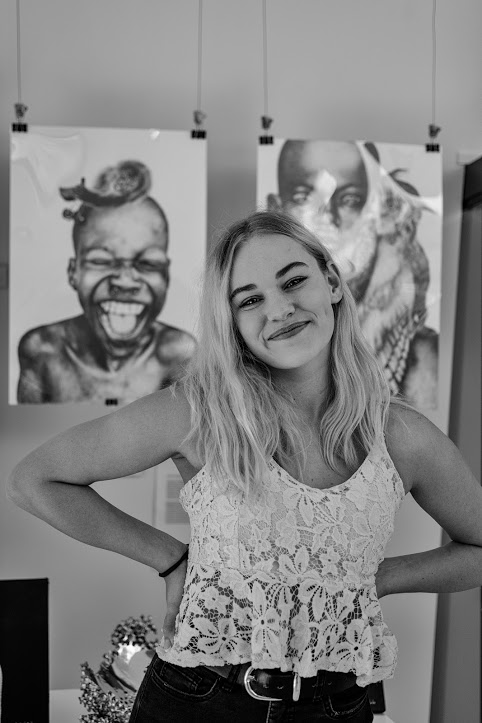 The Market Theatre has announced the winner of 2018 Sophie Mgcina Best Emerging Voice Award. Anje Cronje is the first visual artist to win this prestigious award; and at 20 years of age she is also the youngest ever to win this accolade. Previous recipients of the award are choreographer and dancer Lulu Mlangeni (2014), writer and director Khayelihle Dom Gumede (2015), dancer and choreographer Sonia Radebe (2016) and director and actress Lesedi Job (2017).

The award is named in honour of the illustrious South African actress and teacher, Sophie Mgcina. During her celebrated career, she made a lasting impression in 1980 when she performed in the premier of The Long Journey of Poppie Nongena. Not only did she play two leading roles in Elsa Joubert’s famed book Die Swerfjare van Poppie Nongena, but she also composed and directed the music for the production. The production toured to New York that same year and then again at the Edinburgh Festival in 1983, followed by a world tour in 1984. In New York, Mgcina was given an Obie Award for best achievement, and was nominated for the Laurence Olivier Award for best supporting actress.

The Sophie Mgcina Emerging Voice Award is presented each year to leading young creatives and to unearth and support young talent. Anje Cronje joins the ranks of other Sophie Mgcina Award winners by becoming the first visual artist to win this award. She is a self-taught artist who uses graphite pencils and plain blank paper to create realistic portraits of ethnic groups that fascinate and inspire her.

“The winners of the Award speak to the quality of young artists who have risen to the challenge and are taking the baton forward. The Award will continue to produce and support young thespians and visual artists who are ready to take on the world”, said James Ngcobo, the artistic director for the Market Theatre Foundation. “By including visual artists we have raised the stakes for this year’s announcement by discovering a rough diamond from a small town in the Eastern Cape”, added Ngcobo.

Anje matriculated and moved to Bloemfontein in 2017 to study Architecture at the University of the Free State. She is a young creative who finds balance between technical creative designing and the absolute freedom of art where she can express without boundaries. Her architecture career and her art career constantly fuel and influence each other. Cronje’s artworks are influenced by locals from Aberdeen, her hometown, and photographs of interesting traditional faces from Africa.

“What I want to accomplish with my art, is to learn more about the people around me. I see so much beauty in people. I constantly fall in love with interesting faces. I want to recreate these faces on paper, because I genuinely enjoy it. And I want to give people the opportunity to see what I see. I want to make people fall in love with these faces, these cultures, and the tribes and traditions of Africa as much as I have”, says Anje

Anje epitomizes the pioneering spirit of Sophie Mgcina. The sustained excellence of Sophie Mgcina’s extensive and versatile body of work and illustrious career in South Africa and internationally earned her the reputation of being a doyenne of South Africa’s performing arts. It is fitting that the Market Theatre Foundation’s Sophie Mgcina Emerging Voice Award also honours an emerging South African artist who is on the threshold of having her name written in lights.

Anje will create an exhibition that will be presented in the Mannie Manim foyer for the month of August to coincide with the month-long woman’s month celebrations at the Market Theatre.