Can Themba Documentary to
Premiere at the Market Theatre 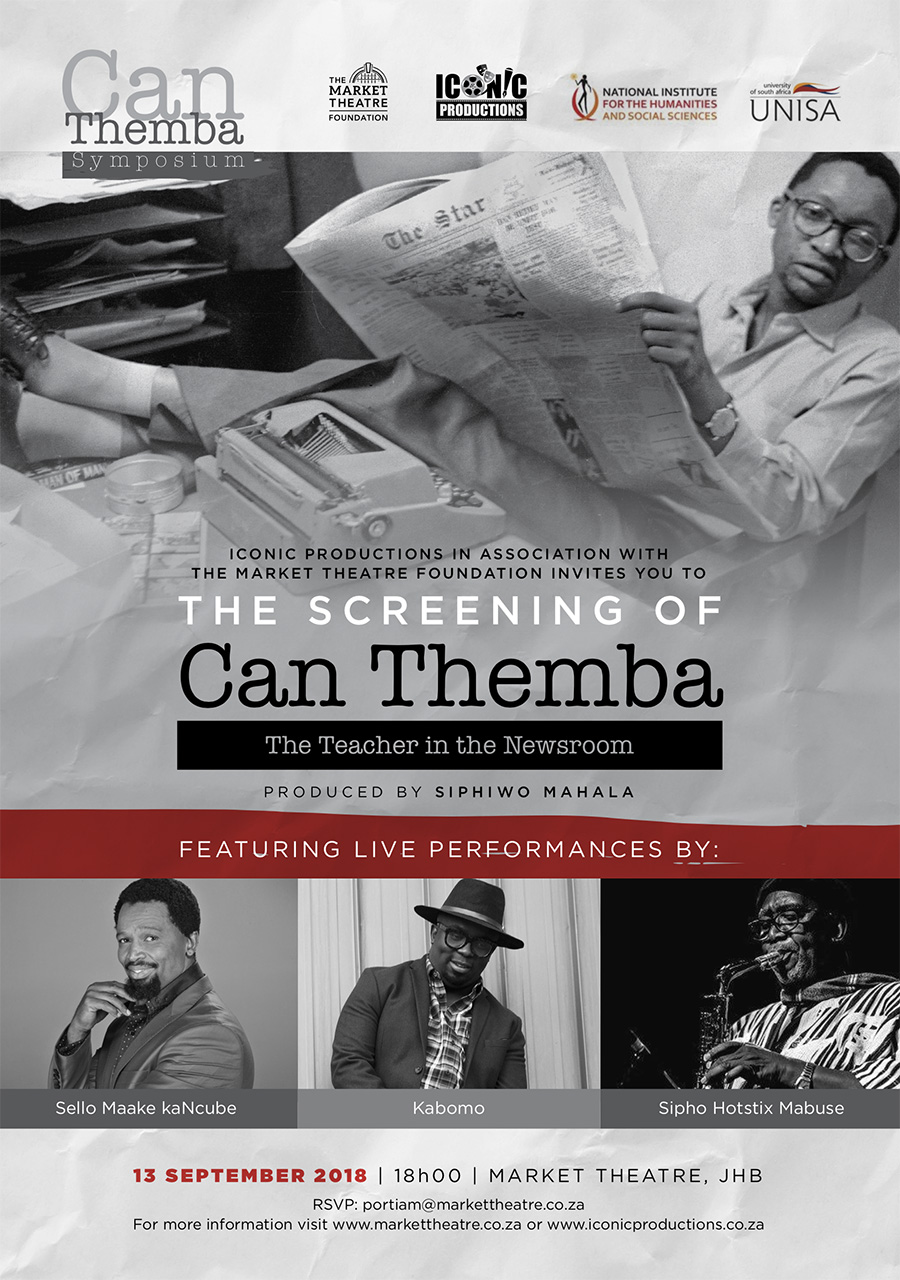 The Market Theatre Foundation in association with Iconic Productions invites members of the media to attend the Can Themba Symposium to be held at the Market Theatre on Thursday, 13 September. The symposium, which pays tribute to the legendary writer and journalist, will include panel discussions where artists, academics, journalists and legends in the arts, culture and heritage sector will reflect on the legacy of Can Themba.

The symposium will culminate with the premiere of Can Themba: The Teacher in the Newsroom, a documentary that is a concomitant product of Siphiwo Mahala’s academic research, for which he obtained a doctoral degree. The documentary features prominent cultural icons, academics and political activists like poet Don Mattera, legendary journalist Juby Mayet, academic and chair of Nelson Mandela Foundation, Njabulo Ndebele, as well as the late Nadine Gordimer, Keorapetse Kgositsile and Ahmed Kathrada, among others.

While Themba passed away more than 50 years ago, his life has continuously been celebrated through short stories, journalistic articles and theatre. Most notably, his short story, “The Suit” remains one of the most popular pieces of short fiction in the history of South Africa. The Suit as well as The House of Truth, Themba’s bioplay penned by Mahala and performed by legendary thespian Sello Maake kaNcube, were staged at the Market Theatre to sold-out shows and rave reviews in 2017. The Teacher in the Newsroom is the first documentary of Can Themba, who died in Manzini, Swaziland, on 8 September 1967.

In The Teacher in the Newsroom, Can Themba’s life, writing, teaching, personal joys and political battles are relived through the voices of his former students, mentees, colleagues as well as public intellectuals. This dynamic and pithy documentary weaves together elements of Themba’s life and career with deft wit and poise, recreating the sparkle and pathos of Sophiatown and the Drum era. This makes for an edifying and highly entertaining piece of history as told by prominent local voices.