Dusk arrives at the Market Theatre

A new one-act drama by Mark Scheepers will make its debut at the Market Theatre next month.

Dusk is a dramatic mystery of murder and memory, set on a farm in rural Limpopo. It stars Michelle Douglas and Loyiso MacDonald and is directed by award-winning Palesa Mazamisa.

Douglas will star as Tessa, a former actress who gave up her career to devote her life to her family and their farm. When her eldest son Chris comes home from university, Tessa’s carefully ordered life is thrown into chaos and tragedy unfolds. 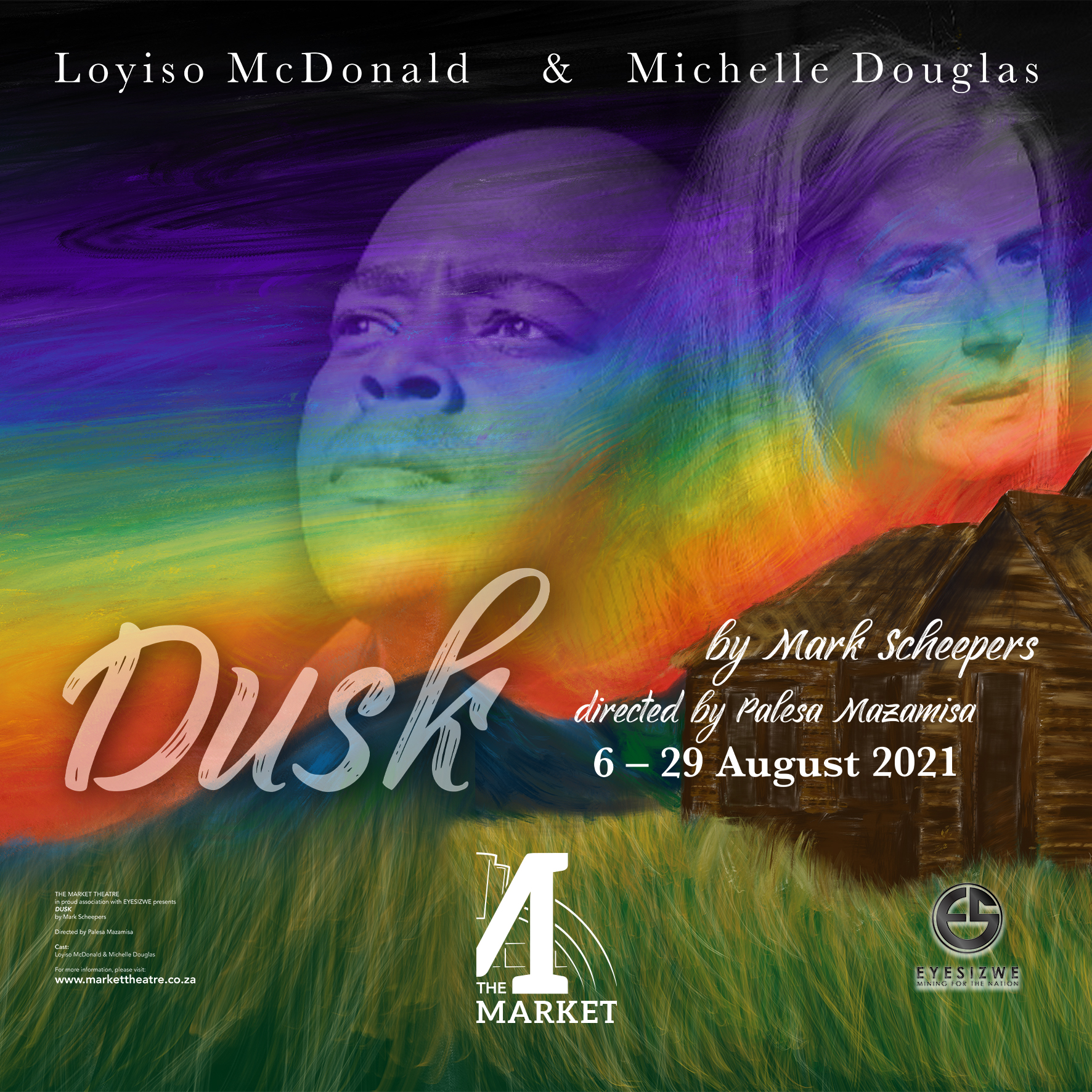 A year later, in the midst of her grief and mental turmoil, Tessa is visited by KG (Loyiso MacDonald). KG grew up on the farm and was the childhood friend of Chris, and has come to find out what happened on that fateful day. As Tessa struggles with her limited grasp on reality and descends into paranoia and psychosis, it becomes clear that all is not as it seems. Dusk tackles issues around mental health, abuse, land and violence but ultimately the power of love and forgiveness.

Mark Scheepers is a writer and actor who has had two scripts produced for television as part of the Ekasi – Our Stories series.

Palesa Mazamisa is an actor, writer and director who won the 2019 Naledi Theatre Awards for Best New South African Script and Best Supporting Actor for her satirical play Shoes & Coups.

Michelle Douglas is an actress previously seen in productions including Green Man Flashing, The Search for Signs of Intelligent Life in the Universe and The Revlon Girl.

Loyiso MacDonald is an actor best known for his role as Ntando Sibeko in the soap opera Isidingo. He has also appeared in plays including Kiss of the Spider Woman and Othello.

Dusk was made possible by the generous support from the by Eyesizwe Mining Development Trust.

Dusk launches a series of new commissioned works that will be staged during the 2021/2022 season as part of the continuum of the Market Theatre’s commitment to finding new theatre voices and works.