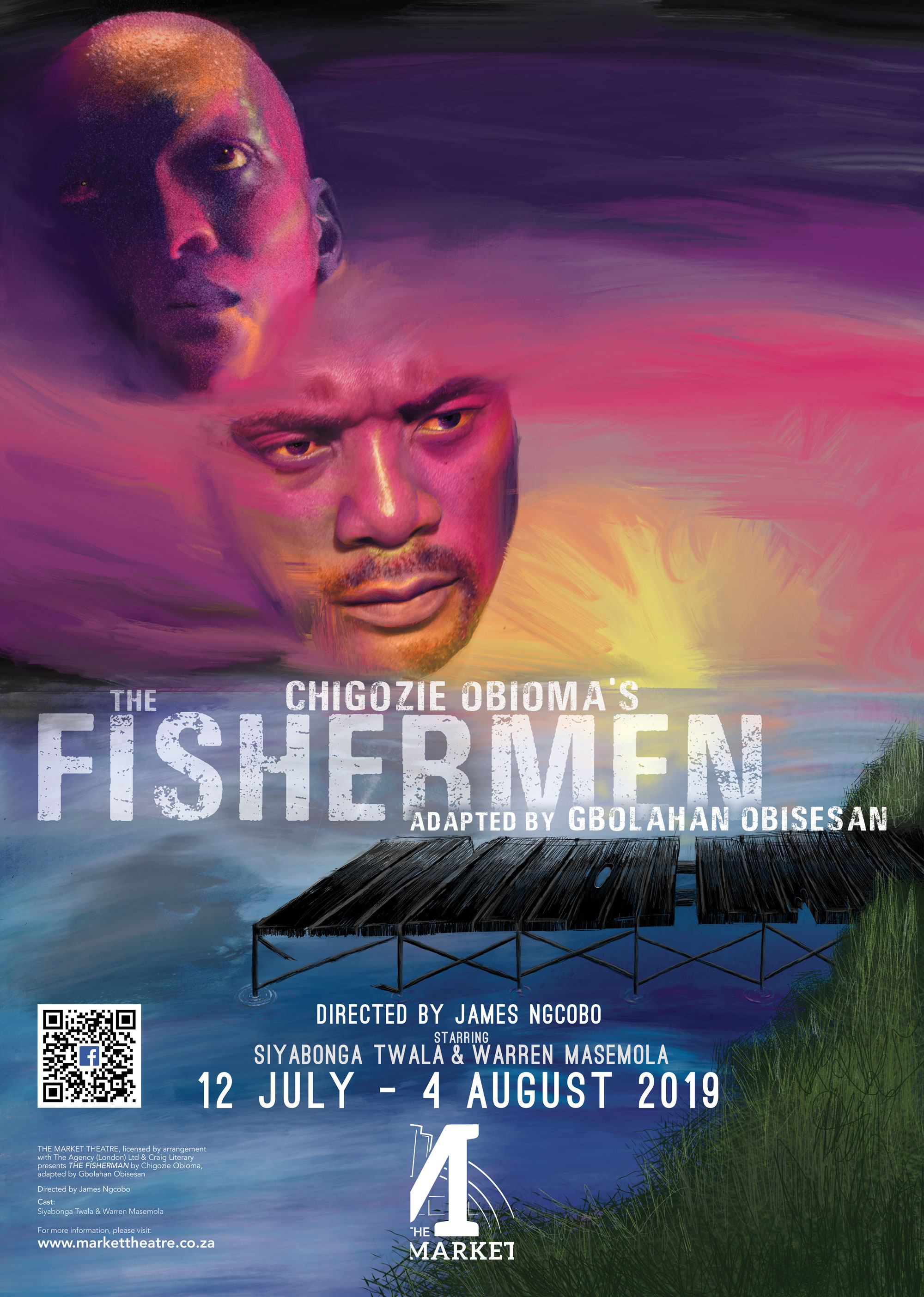 Booker Award winning The Fishermen premieres at the Market Theatre

Chigozie Obioma’s debut novel, The Fishermen, which was shortlisted for the Man Booker Prize in 2015, will be directed for the stage by James Ngcobo in what will certainly go down as one of this year’s most compelling and supreme pieces of theatre.

Adapted from the novel by Gbolahan Obisesan, the scope of Obioma’s layered, complex and slow-burning book is turned into a two-hander concentrating on brothers Ben and Obembe who morph into other people and yet preserve the novel’s haunting atmosphere and dark interest in aspiration and disappointment, violence and vengeance.

The Market Theatre production will feature celebrated and award winning actors Siyabonga Thwala and Warren Masemola in the playful and stirring story about two brothers who are reunited with another by the river where they used to fish. As they recall the traumatic events that split them up and recreating these memories, the brothers become all the characters that populated their lives.

Although The Fishermen renders itself as a tragedy it is Chigozie’s remarkable writing which excels at juxtaposing biblical and tribal traditions as well as playful Igbo legends that succeed in bringing majestic imagination of a timeless folklore that James Ngcobo harvests to create an impressive and beautiful work that is not to be missed.

Ngcobo’s continental curiosity takes us to Nigeria to explore the local folklore that resonates with South Africa today in this staged adaptation of an essential novel about Africa that is seen through the prism of one family’s destiny. The production follows hot on the heels of Bobby Rodwell’s Frontieres currently at the Market Theatre. The two production amplify the Market Theatre’s continental season.

Chigozie Obioma is the author of The Fishermen, which was a finalist for the Man Booker prize 2015, and a winner of four other awards, including an NAACP Image award, the FT/Oppenheimer Prize for Fiction, and several nominations. Obioma was named one of Foreign Policy‘s 100 Influential People of 2015. He is a professor of English and Creative Writing at the University of Nebraska-Lincoln, and in Nigeria where he runs various projects. His second novel, An Orchestra of Minorities was published in January 2019.

The Fishermen will run at the Market Theatre from Friday 12 July – 4 August 2019.