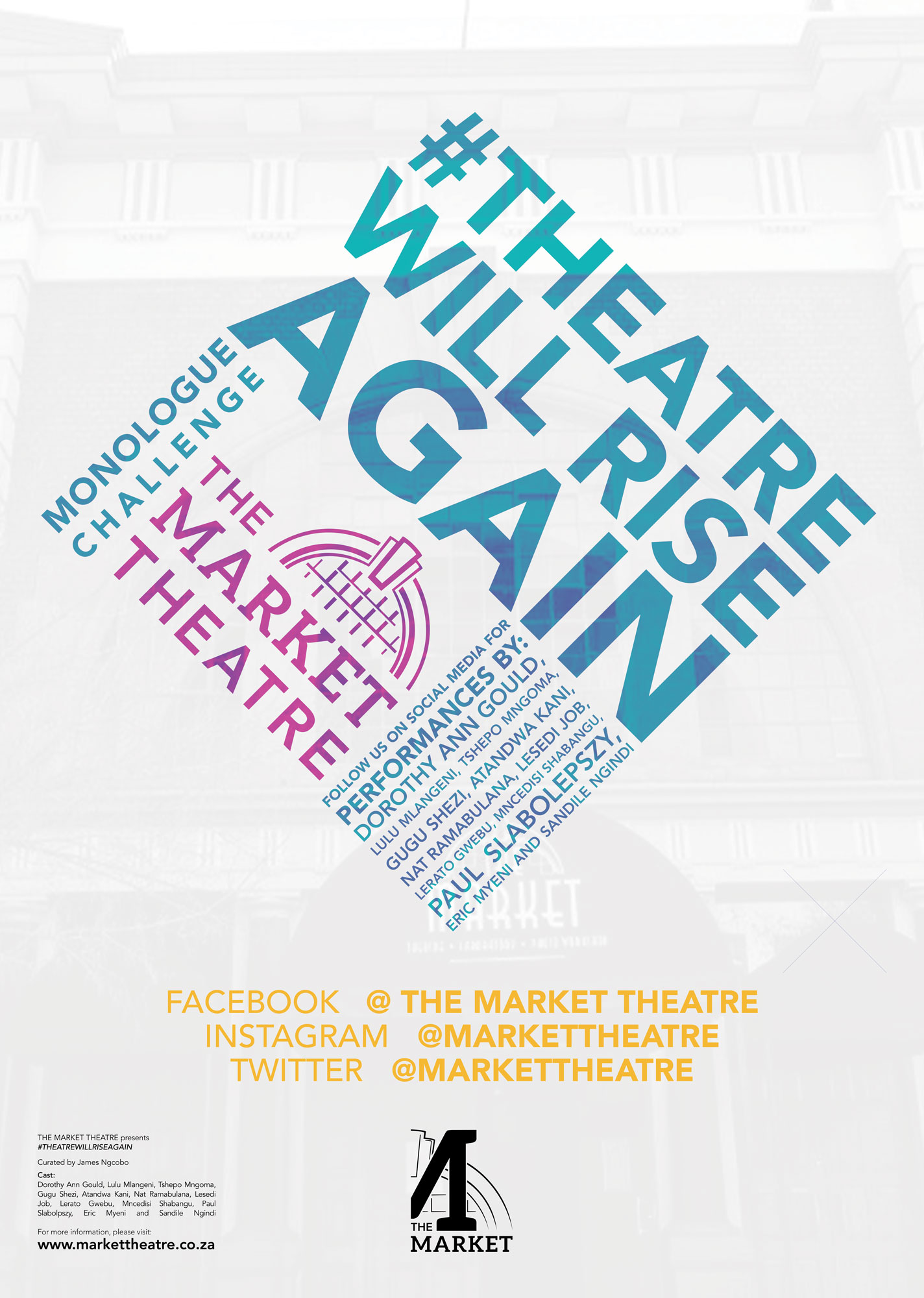 Theatre will rise again a campaign by the Market Theatre

Our theatres may be dark because of the National State of Disaster declared by the government to combat the Covid-19 pandemic but the spirit of theatre lives on at the Market Theatre Foundation.

#TheatreWillRiseAgain is a social media campaign initiated by the Market Theatre Foundation for South African artists to share pieces of dramatic monologues and solo performances. The home-recorded videos will offer a walk down memory lane of some of the contemporary works that the Market Theatre has staged over the years.

“The programme of monologues and solo performances curated by the Market Theatre’s artistic director, James Ngcobo, features some of South Africa’s leading actors, dancers, musicians and poets who join our efforts to keep theatre alive online during the fight against the Covid-19 pandemic”, said Zama Buthelezi, the Market Theatre Foundation’s Brand & Communications Manager..

“We are experiencing such uncertainty in our industry and even though our industry has been badly affected by the lockdown to curb this global pandemic it is important that theatre is kept alive through our social media platforms during this time”, says artistic director James Ngcobo.

With his unbounding enthusiasm and passion for theatre, it didn’t take very long for James Ngcobo to mobilise leading actors to create a self-recording of them performing a monologue from one of the plays that had graced the Market Theatre’s stages.

“I  thought it would be fitting to talk to these amazing artists about recording monologues for social media so that it can reach a wider audience through this period of social distancing. I asked Mncedisi Shabangu to perform a monologue from Sizwe Banzi is Dead”, says James noting that a few years ago that John Kani directed Mncedisi and Atandwa Kani in this iconic play.

“It was such a joy to see two young actors tackling this piece and to witness the timelessness of the play. I so enjoyed watching them stepping into the shoes of John Kani and Winston Ntshona”, says James Ngcobo as he reminisces about this production which enjoyed immense success.

“Four years ago I asked Andre Odendaal to direct Lionel Newton in the production of Elvis du Pisanie , a robust  and a poignant hit play by Paul Slabolepszy. It is such an honour for us that he agreed to pick up the piece. Paul has  gifted South Africa with memorable stories and with great characters in them”, adds James Ngcobo.

Amongst the series of monologues that will be featured in the campaign is Dorothy Ann Gould’s performance as Hester in Hello and Goodbye written by Athol Fugard.

“Dorothy’s was one of the most moving performances I have ever witnessed. Her ownership of this character is a marvel to watch”, said Ngcobo.

The selection of solo performances also include Lulu Mlangeni doing a solo dance piece as well as Tshepo Mngoma doing a violin recital of Jesu, Joy of man’s desiring by Bach. Audiences can also look forward to solo performances from Gugu Shezi and poems by Eric Miyeni and Sandile Ngidi.

Extracts from two Black History Month productions Lorraine Hansberry’s A raisin in the sun and George C Wood’s Coloured Museum are included in the programme.

The videos will be available from 7 April 2020 across the Market Theatre’s social media platforms daily. The campaign, #TheatreWillRiseAgain campaign is a way that theatre lovers can be entertained and be challenged to add their own monologues to the campaign. The programme also features an intergeneration of actors which symbolises the Market Theatre Foundation’s appreciation for the veterans and how they continue to pass the baton onto younger performers amongst them Atandwa Kani, Nat Ramabulana, Lesedi Job and Lerato Gwebu.

Please join us for a celebration of theatre on our social media pages for the next fortnight on: 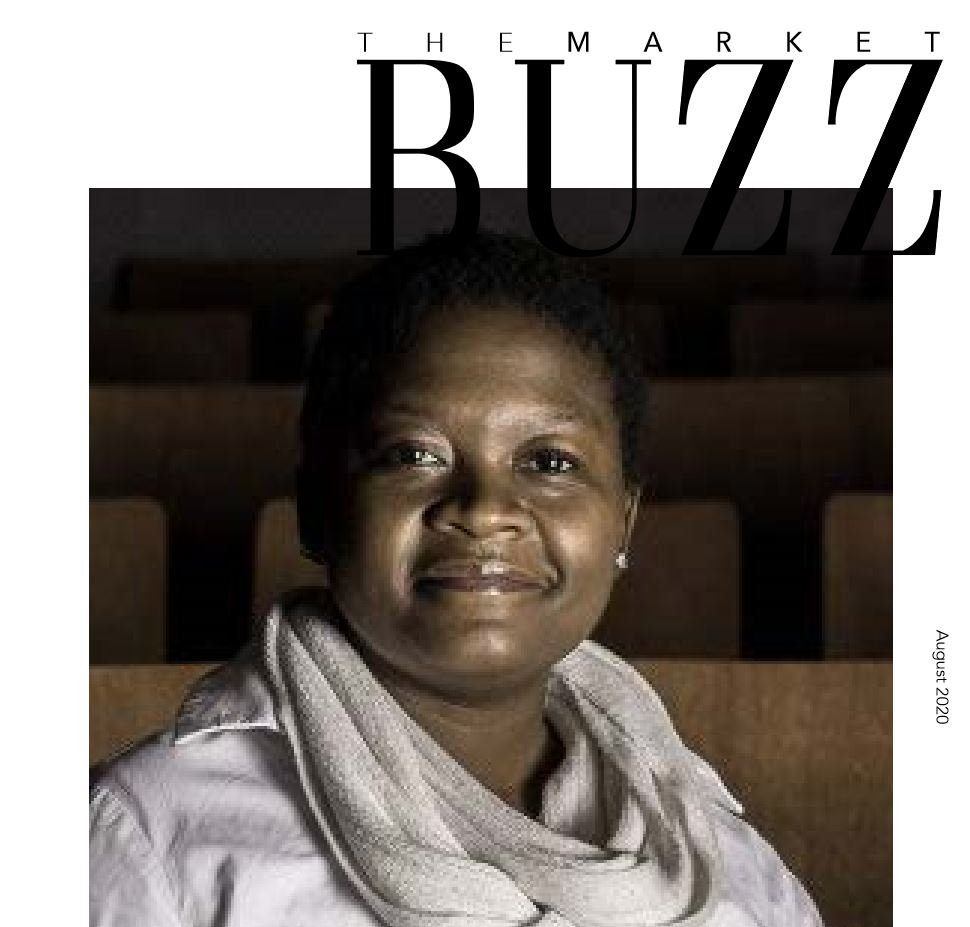