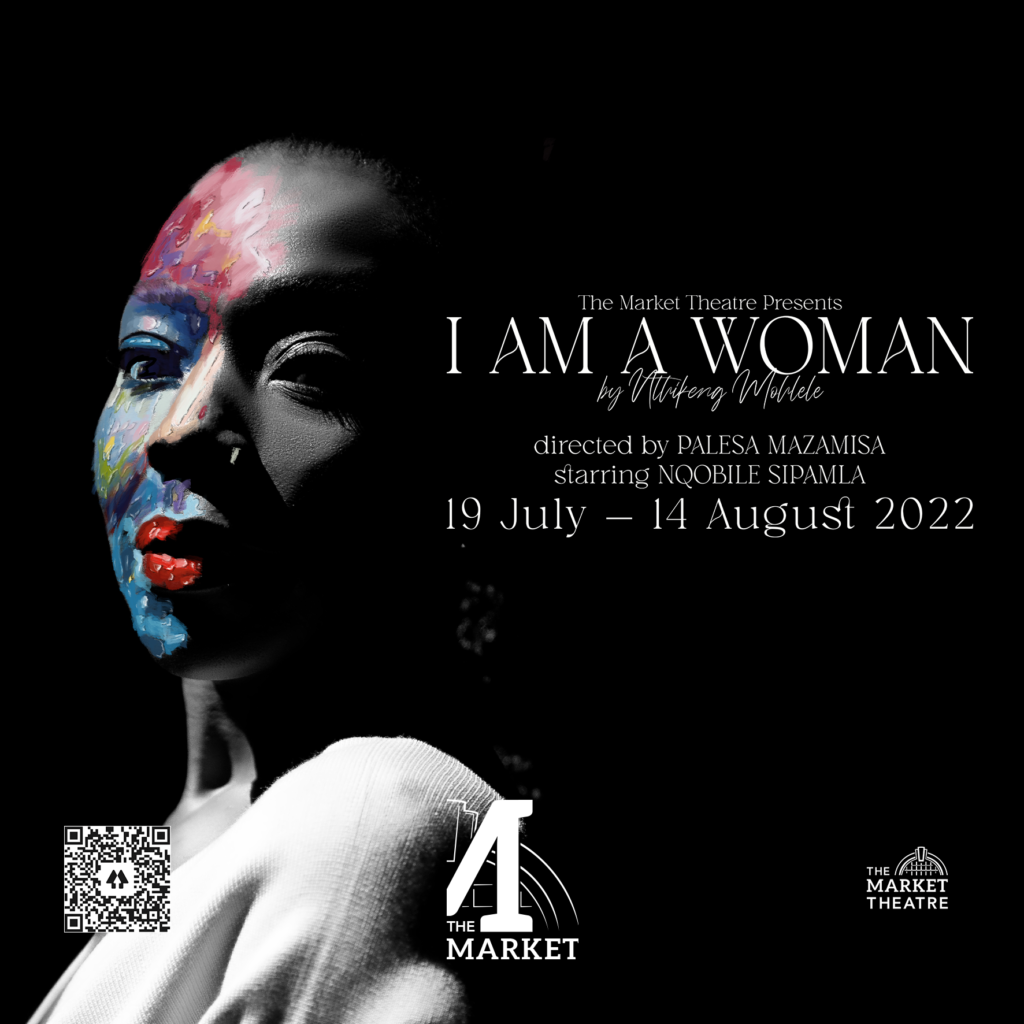 The Market Theatre has curated an undoubtably intriguing season of productions to celebrate Women’s Month with I Am A Woman and Ruined.

Every year in August, our country marks Women’s Month, where we pay tribute to the more than 20 000 women who marched to the Union Buildings on 9 August 1956 in protest against the extension of Pass Laws to women. Women’s Month allows us as society to gauge how far we have come in transforming society, particularly the unequal power relations between women and men.

Nqobile Sipamla, Mzansi’s favorite actress returns to the Market Theatre to give a performance of a lifetime in I Am A Woman which premiers Tuesday 19 July to Sunday 14 August 2022.

Sipamla dazzles as Mmabatho in I Am A Woman, a brand new one woman play by novelist Nthikeng Mohlele, set in contemporary and cosmopolitan Gauteng. The piece is anchored around the grand themes of love and belonging, female identity and feminist sentiments, about the place of women in a modern South Africa, about tragedy and loss, and about the interplay between personal and societal tensions.

The central premise of the play is an existential examination of the hearts of humans; what it means to love, to have a meaningful life and, how fate and chance can either enrich or derail personal dreams and agency. Emotive, philosophical, humorous and often deadpan; the piece is a mosaic of performance flowers waiting to bloom

Palesa Mazamisa who is widely considered as one of the finest directors working today, celebrated by her peers for having a perceptive eye in creating captivating characters. Mazamisa is an award-winning playwright, author, and director. Her play Shoes & Coups received 7 nominations including Best New South African Script, Best Director & Best Production, Best Actress and Best Supporting Actor from the prestigious national Naledi Theatre Awards. The play went on to win the Best New South African Script and the Best Supporting Actor awards.

Novelist, playwright, entrepreneur and brand marketing and communications professional, Nthikeng Mohlele, authored six critically acclaimed novels and two short story collections. He dabbles in journalistic writing and literary criticism and, is the winner of the University of Johannesburg Main Prize for South African Writing In English for Pleasure, the K Sello Duiker Memorial Prize and was also long listed for the Dublin International Prize.

Sipamla, an all-round Performer, Facilitator and Director of SirenzQ (Pty) Ltd. Nqobile’s debut was in the multi – award winning play The Suitcase in 2006 which earned her the Naledi Theatre Award for Best New Comer/Breakthrough 2006. She was also recently nominated at the South African Film & Television Awards ( Safta) for her lead role as Thuli on the sitcom Abomzala. Sipamla will give audiences transformative experience when you morph along with her on stage.

Ruined involves the plight of a group of women in the civil war-torn Democratic Republic of Congo. Set in Mama Nadi’s bar – a haven for miners, government soldiers and rebel militia, where they come to forget the ruins of war, to drink and dance with women and feed their desires. The play centres on the lives of the women working in the bar and their resolve to survive despite the atrocities they have experienced

Catch these unmissable and thought provoking productions at the Market Theatre buy your tickets now!

I Am A Woman and Ruined are made possible by the generous support from the by Eyesizwe Mining Development Trust.

Book Tickets
We use cookies on our website to give you the most relevant experience by remembering your preferences and repeat visits. By clicking “Accept All”, you consent to the use of ALL the cookies. However, you may visit "Cookie Settings" to provide a controlled consent.
Cookie SettingsAccept All
Manage consent